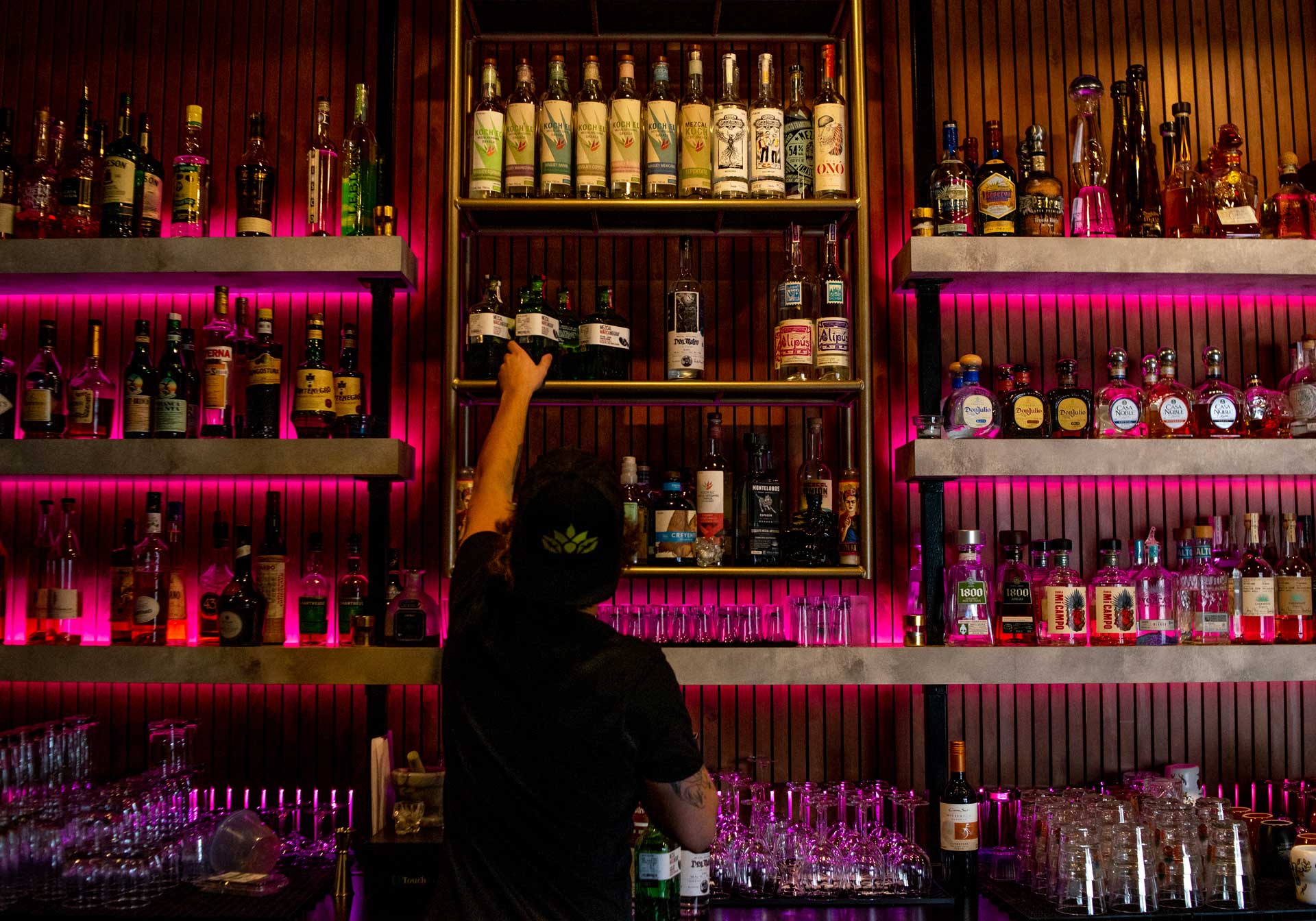 An Introduction to Tequila 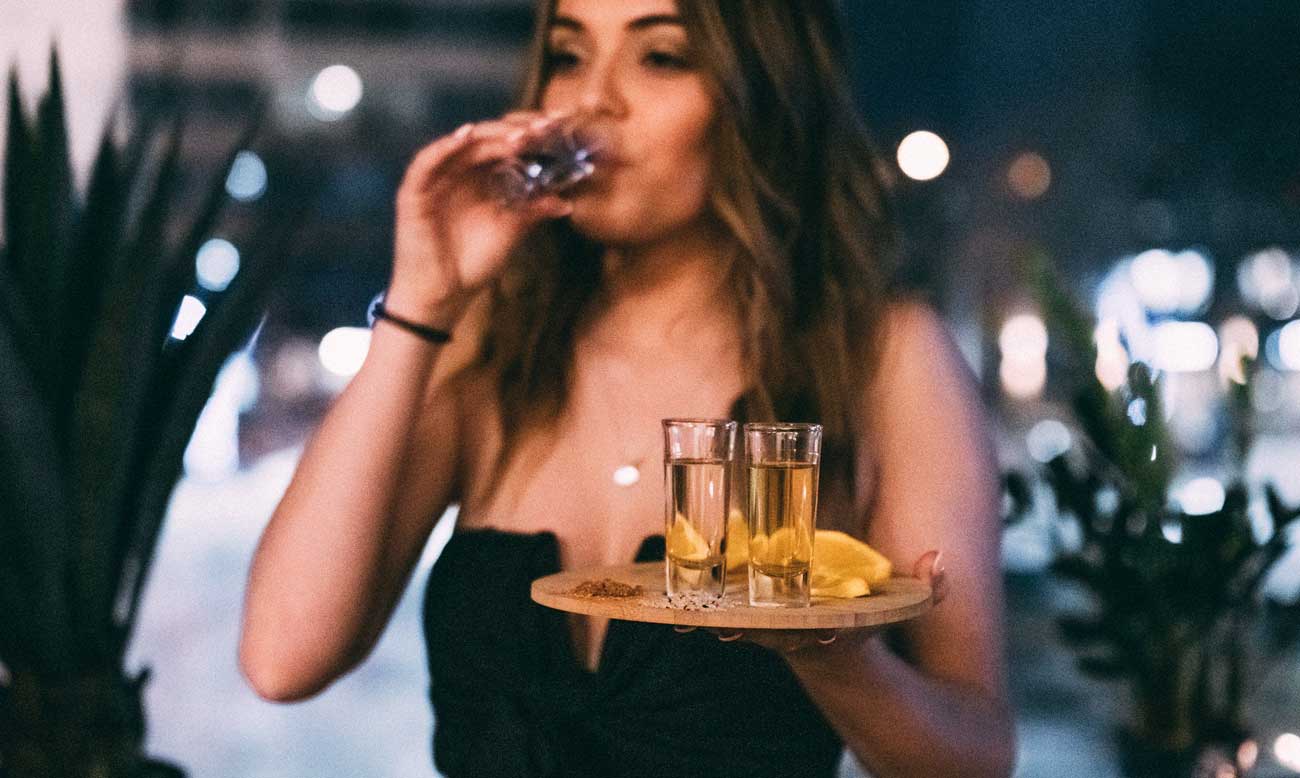 An Introduction to Tequila

Many people may associate tequila with nights out and having one or two too many shots. However, Tequila is so much more than that. Tequila can be enjoyed as a spirit all on its own as you would enjoy a glass of Scotch or Whiskey; you just need to know a thing or two about what to look for when buying. Tequila has a rich culture surrounding its production, history, and flavour.

Before taking a look at what to buy and the varying types of tequila, we need to understand where tequila comes from and how it is made. We can date the production of a Tequila-like spirit all the way back to the Aztec people. They used to use the Agave plant to create a drink called Pulque. Once the Spanish came to Mexico, they introduced the distillation process and that is how we began to see a spirit similar to tequila.

Tequila gets its start from the agave plant, commonly thought to be a cactus but is actually a type of giant succulent! While there are other types of liquor made from Agave; there are 3 rules that the spirit must pass to legally be called Tequila. This information can all be found on the label of a tequila bottle and you will know it is certified if it has a small rectangle with the letters “CRT” inside it.

The three rules are:

How is Tequila Made?

Tequila all starts with the harvesting of the Agave plant. In order to reach maturity, the Agave plant must grow for 6-8 years. Then harvested before the plant flowers, or when basically when it’s ripe and full of starches then can be converted to sugars later. The agave is first harvested by hand by farmers known as Jimadors who then cut the large waxy bitter leaves from the agave core or “Pina” using a sharp round blade called a “Coa”. The agave Pinas are then taken to be cooked, and there a four ways in which that can be done:

and the oldest method is by cooking the agave underground. A hole is dug, the Agave is put into the hole and a fire is set on top of it. This imparts a smokey flavour. This method is still used by some producers but more modern methods have been adopted by most distilleries.

is another traditional method in which the agave is slow cooked in brick ovens for an average of 36 hours. While this method does take a long time time it is generally thought to produce some of the most flavourful, well rounded tequilas.

the most modern method is the diffuser method. Diffusers work very quickly, as little as 3 hours. This method shreds the agave before cooking and uses high water pressure and other techniques to convert the starches to sugars, and release the juices. lThis method also removes the need to crush the agave cores after cooking.

All of these cooking methods have the goal of breaking down the sugars in the agave plant. If the distiller is using any of the first three methods of cooking the agave, the cores then need to be crushed to release the juice.

This is done in a couple of ways:

When out buying tequila there are two main categories into which all of the other types fall into which we will discuss later. The first of these types is “100% Agave”. This means that the flavour of the tequila will be very agave forward. If you like robust, exotic flavours this is the kind of tequila you will want to purchase. Alternatively, there is “Mixto” or “Regular” tequila which means that up to 49% of the spirit is distilled from sugars other than agave, most commonly sugarcane, or corn (no, the tequila isn’t sweet because of this.). Generally these tequilas won’t be as intensely flavourful simply due to the fact that they are not made of only agave, however they can have a kick. Neither of these types is a sign of the quality of the tequila; they simply have to do with the flavour profile.

What kind of tequilas are there?

After discussing 100% Agave vs. Mixto, the types of tequila are further broken down into further types based on their storing/aging process and resulting flavour profile.

This tequila has not been aged before storing and is crystal clear. Plata tequila will have the the most intense agave forward profile as there are no other flavours being imparted from aging. Some of the most common tasting notes are roasted agave, pepper, and citrus. Blanco tequilas are quite generally bright and vibrant which makes them perfect for cocktails as they are bold and stand up to other liqueurs and spirits. It’s also important to note that only plata tequilas are the only category required to be free of additives that would alter the colour, flavour or texture of the spirit. Due to rise in popularity of additive free products there has been a recent movement and soon a regulatory board to certify tequilas as “additive free” even if they are not blancos.

A Tequila Reposado has been aged in oak for a minimum of 2 months before storing. This method gives the spirit a medium-amber colored spirit while imparting a mild flavour from the barrels. This flavour can change drastically depending on what type of wood is being used, and where the tequila is being stored during the aging process. Reposado Tequila has a light but complex flavour profile and this makes it the fantastic “all-purpose” tequila.

Tequila Oro is usually a plata mixto tequila that contains additives to change the colour to gold and sometimes the flavour of the product. Often this is used to hide imperfections in the cooking or distilling process. We mostly see this type of tequila as low to medium end tequilas. It is normally the highest percentage and also has the harshest flavour. Remember that one tequila night? This might have been what you were drinking. However, there are a few higher end Oro tequilas that are made by blending plata and reposado tequilas together to create a new spirit.

Tequila Ańejo is a robust style that has been aged for a minimum of a year in oak barrels which can give it a wide range of flavours depending on the type of barrels used. Some of the most common are ex-bourbon barrels that impart a rich smokey vanilla flavour. The other most common is french oak barrels, these tend to produce a sweeter, fruity flavour with lots of vanilla and caramel notes.

Tequilas listed as extra añejo have been aged for a minimum of 3 years in oak barrels and some can be extremely old. These tend to be extremely rich and powerful with a dark amber colour, and are almost always sipping tequilas. For anyone who likes cognac, this might be the one for you!

When it comes to aging specifically for tequila there is only a minimum age statement for each category, there is no maximum. Meaning that even if a tequila has been aged for several years, if the distiller decides the tequila is in a “reposado style” they can still call it and sell it as a reposado even though it may be old enough to also fit into the categories of anejo or even extra anejo. This gives the distillers freedom to label their product with a name that they feel is most appropriate for their product based on the flavour of the spirit not the length of time it’s been aged.

What kind of tequilas are there?

Tequila is NOT just for shooting, even if it’s fun on occasion. Please do not shoot the good stuff that you have just spent your money on. Fine tequila is meant to be enjoyed and savored much like a well-aged scotch. When drinking a good tequila, small wine glasses, snifter glasses or short wide mouth shot glasses called Veladora’s are ideal as they concentrate the aroma to get the full experience. We enjoy our tequila typically at room temperature or on the rocks. This is a spirit to be enjoyed from the pleasant rich aroma and the delightfully complex palate.

IF you are shooting tequila try this customary toast next time with your friends:

“Pa Arriba” – Everyone raises their glasses

If you find the flavour to be overwhelming try a bit of salt and a squeeze of lime after finishing your shot, or more traditionally, a slice of orange with fresh ground cinnamon!

Now that is by far not an exhaustive list of everything you need to know about tequila, but it is definitely a good start. You can now go out and understand what is on a tequila bottle or menu and order with confidence. And if you ever have questions, you can always chat with your bartender and they will more than likely have some recommendations for you!

The El Beso Blog – An introduction to fine drinks, amazing food and all other things we want to share.

This error message is only visible to WordPress admins

No products in the cart.